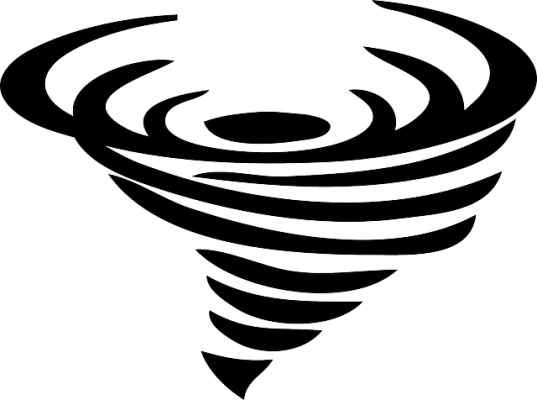 I toyed with this idea for years. Along with the idea that all romantic love is . Delusion and addiction. Why else does "absence make the heart grow fonder" if not because you aren't dealing with the reality of who they are - but rather who you imagine them to be?

And … I am a self-described romantic.

(note from the writer: I will address stages of romance in a follow-up piece [Thank you, Deseere' cruz])

So when I say I toyed with the idea for years, I really mean I spent years and years in serious contemplation on the matter. But I have also gone for up to two years (26 months actually) being single and celibate and in the last 14 years, I have spent periods of 14 months, 26 months, and 18 months single and celibate and without romantic interests or pursuits.

So … how to reconcile this? Is it accurate? Is it simply a dopamine addiction?

These are naturally occurring hierarchies where each individual item within it is a whole unto and is also part of a larger whole.

You could also think of them as degrees of increasing subtlety; from gross to subtle to causal. Or stages of emotional development: from being emotionally stuck and run by your emotions, to having with self and therefore emotional choice, to finally being emotionally free - smiling a lot more than others at stages with less depth. Or, for our purposes here, stages of ego development and stages of relating between masculine and feminine: from ego-centric, to ethnocentric or nationalistic, to world-centric; from pre-rational, to rational, to trans-rational; from pre-personal, to personal, to trans-personal.

My personal favorite way to think about it degrees of activation of one's nervous system, but then, I'm a geek.

At this point, you're probably asking yourself, "why should I care? What's all this crap for, Jason?

These stages are important because the stage a person is at determines the lens they will interpret the world through - and where they will react from, emotionally. It also gives us verticality; a 3-dimensional way of looking at the question rather than a 2-dimensional lens.

It is important to note, we all start at pre-rational. So no one escapes the assessment, least of all me.

We all, also - hopefully, but not always - evolve through the stages to reach trans-rational.

Most. importantly, it is necessary that we understand that being "at" a stage is not exactly a linear nor a fixed affair. If someone is solidly "at" say, a rational stage of development, what that means, in practical terms, is that they will interpret through and react from that stage on average 60+% of the time. The other 40%? It will be some mix of pre-rational and trans-rational. There is always a trailing component - call it shadow or residue or … stuff still to be resolved - and a leading component - you at your best or "peaks" (as well as peeks).

But for our purposes here, stages will give us incredible access and insight into this statement:

Let's examine it together.

For those at a Pre-rational level of ego development, that is fact. It's pretty much hard-wired for those individuals. Why? They have very gross, intense experiences without much choice around it. They don't have emotions. Their emotions have them. And, because they are generally not living in service or have a purpose larger than themselves, it is the only way they feel alive.

Compounding the problem is that they are generally terrified to be alone, so they will be with just about anyone, regardless of functional fit.

These relationships are classic "fight and f**k" relationships. Participants in them will extol the virtues of " sex". They are rife with jealous rage, insecurity, constant fear and, as a result of that, being controlling. And they are typically riddled with blame and shame.

In terms of the masculine-feminine dynamics, it is Us vs Them" mentality with sweeping generalizations about the opposite gender in men and women especially. Women are viewed as gold-diggers (or worse), and fundamentally crazy. Men are viewed as a meal ticket, or, in the many cases as stupid and easy to control through sex (or the withholding of it). And, the irony is that for men and women at level of ego-development, that is often accurate in terms of their motivations. Or, while many are pure in their motivations, they are desperate for company, attention, or … whatever is fulfilled by them not being alone - their biggest fear. "Real men don't cry", etc.

And yes, falling in love, for them, is an absolute addiction.

They are addicted to the sensations. To the dopamine and they will usually couple with others who are clearly bad for them, but who they view as the answer to all of their hopes and dreams. And it usually fails in epic fashion in the end. And in their withdrawals, they usually find a rebound relationship, which is both transference, and, in my view, radically irresponsible with another human's heart. But the sex sure is hot - because polarity is there.

Masculine and feminine: in conflict; at odds

Again … is this accurate?

For those at a rational level of ego development, that is usually the interpretation - and they fear that falling in love is only an addiction so they steer clear and even mock it. Some call it childish. Some insanity. Some delusion and a waste of time. Settling for the "practical" choice is quite common here.

"Friends first" (usually for long periods of time) is quite common as it is the "safe and practical" choice. Emotions are often judged as bad or wrong, but great emotional facility and communication agreements can be the benefit that comes out of it; skill acquisition to be able to navigate their interiors.

The sex is often … well .. the sex is often not happening very often. And it's not very hot because there isn't for polarity. So-called "beta-males" are actively sought. If they are single, sex is often disconnected and separated from the heart and feelings and a purely physical act; simply subject-object.

For them is falling in love an addiction? No, even though they view it as such. Largely because they won't allow themselves to fall in love. Romance is childish, remember?

Masculine and feminine: in partnership (at times, resignedly so).

Is this accurate here?

Relationships where there is choice, freedom (and a reciprocal and complementary lack of a desire to control the other) Mutual respect. Interdependence (healthy, complimentary, chosen dependency) and yes all the roses, poetry, and fanfare of romance, that is to there is a mental and intellectual component, a spiritual component, and a sexual component.

There is passion and there is fit. Communication skills are highly regarded and necessary because of the range of these individuals - they are (mostly) free emotionally and have self-approval and self-acceptance, yet they are also deeply caring; they are ethically spontaneous.

But it takes a tremendous amount of depth and development (read: trans-rational ego) to even be able to recognize such a thing even when it is right in front of one. Let alone live it.

Masculine and feminine: in .

Obviously this transcends context and will produce radically different emotional experiences within and also in the outside world in your business, your social life, with our creativity, and our ability to be productive, yet still be in flow and allow for creativity.

Right down to how self-expressed you are. How happy. How free.

As you move up the stages, you will feel lighter, you will be affected emotionally by far fewer outside circumstances, you will increase your range of play. And while the challenges are more complex at higher or deeper stages because they are far more subtle challenges that require more flexibility of approach, there is no game with a bigger payout because you will have richer relationships, you'll be happier, and you will be much more enjoyable to be around.

So, is falling in love "addiction"? That depends on you. But freedom awaits. Freedom … in .

The Cult of Classification

Monogamy and Polyamory [or Ethical Non-Monogamy] | Is One More Evolved Than the Other?