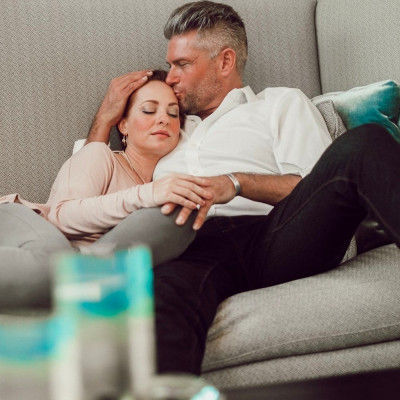 One of the things I have noticed about the current conversation around masculine/feminine dynamics and masculinity, in general, is just how threatened some men teaching polarity seem to be by certain things.

Notice I did not call them leaders - just people teaching these dynamics. There is a flavor to the way they teach it that reminds me of a born-again Christian who was recently baptized, or someone in a 12-Step program in their first few months of sobriety. Or a recent convert from one religion to another, or like somebody engaged in partisan politics who feels that the other side is evil even when they agree with their proposal. Or somebody who has recently found a transformational path - be it meditation or a community or a weekend workshop - and find it to quench a thirst that they've had for decades - and can’t stop talking about it and are hounding you to go.

This is understandable. As humans when we find a solution to a problem that we suffered from that may not have even been articulated previously we engage in it with a certain zeal.

The problem is there is an even greater need for clear, powerful, centered, principled men and the masculine these days. Feminine women are craving it - and the world is crying out for principled leadership, a commitment to truth, and is longing for depth.

And that last part is the real challenge here.

Make no mistake: men who are two-dimensional in their approach to masculine-feminine dynamics [meaning they lack depth, understanding of context, and when to powerfully lead and when to be more in flow, and the ability to calibrate to what is needed when and with whom] are the loudest voices in this domain. But you can engage in polarity without being polarizing.

You can be clear without being a dogmatic fundamentalist. We are all evolving all the time. What is the nature of personal evolution? The increasing capacity to take on an ever-increasing number of perspectives. To understand. To be able to argue from the other side and only then to show why you disagree with it. To honor it and then offer a better approach. It’s clear that these dogmatic, fundamentalists are in reaction. They are in fear. You can tell by their reactivity and their deflection. You can tell by their lack of tolerance for dissent.

You can tell by the things they are triggered by: Prince, conversations around gender identification, and their assertion that the trappings - the costume - of masculinity [beard and boots] are the answer. If they were really certain of their own internal masculine core - what I am calling a Column of Iron and Light - they would not be threatened by any of these things.

They would know it does not matter what someone wears. Don’t mistake reactivity and contraction for clarity and warriorship.

They are not offering a new, emergent path. Rather they are offering a 50s style approach because it makes them feel safer in chaotic times. That is also intrinsic to the nature of evolution: when we are under pressure, we contract and regress. We go back to stable structures that give us comfort. But that is not what we need right now. What we need is a new path that provides a better option that addresses the current chaos, and provides clarity in the face of it without denying or deflecting the realities of our current, complex times.

What we need are more Evolutionary Gentlemen.