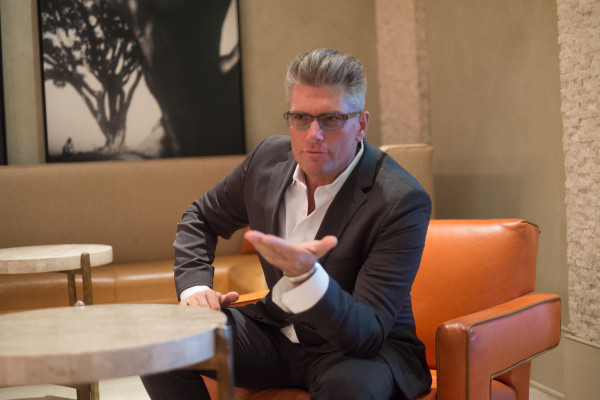 Do all relationships have a beginning, middle, & end?

Is it egocentric to hope or aim for a life-long evolutionary dyad? How do you move forward when you sense the end is a painful cliff?

Q:  “Do all relationships have a beginning, middle, & end?”

Yes, they do. Though how much time, energy, and focus is spent on each of those stages - the duration of each stage - varies widely.

For instance, with my last relationship, I had known her for 12 years and had always had a bit of a crush on her. In fact, I still remember the red dress she was wearing when I met her in 2008.

But circumstances were such that it would have been inappropriate for me to express that at the time. 12 years passed, and then we just happened to be in the same city at the same time and she reached out to me asking if I was in fact in that city - I think I have Facebook's proximity function in Messenger to thank for that.

Anyway, the circumstances were such now that it was no longer inappropriate for me to express it, so I did. And we decided to meet up for a date and to catch up, had an incredible kiss at the end of that date, and then ended up living together for several months almost immediately after that.

And yes, all relationships end.

Sometimes it ends after just a few months in a volatile fashion.

Sometimes it ends amicably and it is navigated and negotiated and the two parties can remain friends but just realized that it was not a fit in the context of romance or intimacy for them to be together.

Sometimes the end does not occur until one of you dies after many many many years - decades - of being together.

But be that as it may, all relationships eventually have an end

Q: Is it egocentric to hope or aim for a life-long evolutionary dyad?

I think we should have as a starting point the belief or even the conviction that you can have everything that you desire in your relationship.

Sometimes that's not possible if you're in a relationship already and you realize that something is very important to you, and the other person is either incapable or uninterested in engaging in that way of relating with you.

However, I think it would be fantastic.

If you are single, then I think it's appropriate to have that as part of your criteria if it's something that is very important to you and would be fulfilled in that way.

That’s about values and forms - what is important to you in relating and how that would show up in a way that would fulfill that for you - and if you want that to be a component of your primary, intimate/romantic relationship, be clear about that and seek out another human who desires the same component to their relationship as well.

Having said that, it is entirely possible for you to use everything that occurs in your relationship as an opportunity to evolve yourself, regardless of whether or not the other person is engaged in that with you consciously.

However, if you are in a relationship with someone who is not engaged in their own personal evolution - meaning they aren't taking responsibility for their part in things and using the reactions, triggers, sticking points, and even the connection itself as a way to consciously evolve - being the only one to do this in the relationship can become a very lonely endeavor and can even lead to you building resentments depending on how one-sided it may be and how important that is for you as a quality in your relationship.

Q: (commenter edited version) How do you move forward when you see dissolution as an undesirable end state?

This tells me a couple of things: it is quite likely that you are vacillating between whether or not breaking up or ending the relationship you are currently is a good idea; you're of two minds about it.

However I do not know you, or the relationship you are in - if in fact, you are in one (for all I know you are in grief over one that ended, or simply contemplating all of this theoretically/hypothetically) - but it at least seems fresh and relevant for you.

First of all, the mindsets are so very important.

It will hurt - you may even feel like your heart is being torn out of your chest - and that you are doing it yourself even.

I left my ex-wife in 2003 when I was madly in love with her still - and after 17 years we just reconnected and we had the very same chemistry - scorchingly hot and dynamic - and our attraction was just as strong, and she is even more beautiful and brilliant at 48 years old as she was when she was 30 years old -  but the interpersonal dynamics that were at play that had me leave were even worse today than they were then, and I noticed that within 48 hours of us communicating over video and in text.

Just not a fit.

If you are certain it is not a fit, honor yourself and your own happiness by getting out. That intuition you are ignoring - that feeling in your gut that is telling you it is not a fit is likely right. Listen to yourself.

There is no way to sugarcoat this:  it will hurt.

It may even be the most painful thing you do - heck, after I left her in 2003, I could barely function for 6 months or so. And, I got through it. You will get through it, and when you are on the other side, you will be glad you did.

Q: (commenter-edited version) How do you move forward when you see dissolution as an undesirable end state?

Each of those situations will have different consequences.

For instance, what you mean by dissolution being an undesirable end-state, could mean because you are married, and the tax implications or the property costs, or perhaps you have a child and the impact on the child in the parenting situation would be untenable from your current perspective.

But let's assume that you are just two people, that you are in a heteronormative relationship, and there are several reasons why you would think it would be an undesirable end state - because in your comment previous to the edit you said that you were afraid that it was headed towards a “painful cliff”.

So I am going to assume again that you are of two minds.

With that assumption, I will say this:

While it takes two to tango, it only takes one to transform.

Actually what I should say there, is especially if you are in the “middle” of the relationship.

Your commitment to transforming it can - and will - have an effect on her and your relationship.

If you begin to look at her with fresh eyes - and begin to cherish her every day and use everything that comes up as an opportunity to evolve yourself, then it does not matter what she does or how she behaves, or what your patterns are.

You will “win” either way.

Either you will transform the relationship completely, getting you both back into connection, back to your love, OR you will succeed at epically developing yourself, becoming even more spacious, and gaining capacities and a level of depth you never thought possible.

BUT  … but only if you play the game of being 100% responsible for your own experience.

For one look at that, you can check out the excerpt from the upcoming book that addresses how to relate to your triggers in a powerful and empowered way.