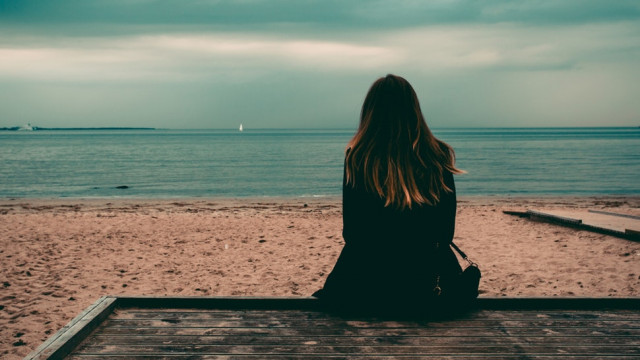 The most cringe-worthy statements I've heard on how to handle breakup grief:

From a woman: "The best way to get over a man is to get under another one."  From a man: "Just drown yourself in p*ssy until you forget her."

There are so many things off with this I am not even sure where to begin, but I will start with the fact that it will not help you get over them at all. It may numb the pain - it may anesthetize you - but so much of the gift and benefits in facing the pain will be lost.

It is important to grieve and give yourself time to heal.

After each relationship, I recommend taking at least 6 months and stay single and celibate during that time. In the last 15 years, I have had periods of being single and celibate that were 14 months, 18 months, 22 months, and 7 months. None of them started out as intentional - other than knowing I needed to take time - and the duration was undetermined when those periods began, but there are several solid reasons for this.

Reasons To Take Time After A Breakup

1. You are not truly fit and ready for healthy romantic love until you are fundamentally okay being alone; you have to love yourself before you can love another

2. So you do not repeat the same patterns and mistakes.  Have you ever wondered why you date a person with the same problems or had the same kind of conflicts in each of your relationships?  Almost like the movie Groundhog Day? You can avoid that by taking the time to do some conscious and intentional work to resolve those patterns and triggers and gaining the benefit of new and more subtle intricacies and patterns.

3. Learn what you need to learn from the previous relationship.

a. What was your part in the breakdowns and conflicts? What could you do differently to have a more loving, easeful, fulfilling experience

c. What triggers arise that need to be cleared or healed?

4. Uplevel your next partner and next level of relating

5. So you can be more open, more present, and ready to love fully - rather than guarded, closed down, still hurt and scared to love again. So you are ready to love more fully, deeper, and more completely than you have before.

What’s next is always better if you make sure you are better.

What’s next will always be better because you will make sure you are better.

If you avoid these important steps, you will - at best -  be engaged in spiritual and emotional bypass and at worst you will engage in transference - or worse still, just stuff it all down never to be addressed and it will fester and turn into even worse pathology down the road, negatively impacting your emotional and even physical health, and negatively impacting your loved ones around you and certainly your next relationships and you will end up being destined to repeat the same mistakes.

Become intimate with yourself by taking time to heal and grow so you can be ready for an even deeper love that could be right around the next corner or in the next coffee shop once you are ready and open to the possibility.

The example from my own life that is most poignant here, was in early 2017 when I met the most recent love of my life.  I had been in love before, but never like this. A paragraph I was so smitten with her that I would drop things when I was around her. I would cut myself shaving if she stayed the night - something I had not done in a decade.

I was overwhelmed with my love for her and my attraction to her.

It will be useful for you to know a little bit about me and my relationship to convention and obligatory holidays - while being a romantic: I would often give her roses - always two dozen. Usually weekly or biweekly. And always hand-arranged by me. I wrote her poetry. I would make sure that I not only demonstrated but also verbally expressed my love and appreciation of and for her on a daily basis.

But I had a rule about holidays.

So I told her I would most likely never give her flowers on Valentine's Day - or any day it was _expected_ but she got roses at least once every two weeks. Always randomly. Always sweetly. And NEVER to make up for something or after a fight.

But I began to consider my relationship to obligatory holidays.

So ... I made lots of plans for Valentine's Day and I bought her 88 roses - it had to be more than two dozen and 8s on their side .,.. Well, twin infinity symbols, I thought. The arrangement was multiple colors that were arranged in a cascade and tied together with white ribbons.

But on Valentine's Day, she shut me out. She told me she did not want to see me. And she wouldn't tell me why. I almost panicked.

I received it well and I thanked her for her openness and her courage in sharing that.

Some months later as other interesting patterns arose I had never experienced before in relating, something seemed off to me. Following my intuition, I decided to ask her how long she usually took between relationships. She let me know that she never took time between any relationship in her life - and she was in her early forties.

It had a lot of things make sense.

Three years later we eventually ended it, and while I am still very grateful for that love, and for the experience of her, as she was a truly extraordinary woman - the most brilliant and beautiful and graceful woman I had ever had the pleasure of being lovers with, it would have been much much easier for us and much better for my heart, if she had healed and taken time after her divorce before dating again.

And if I were a better man - or a more patient man, perhaps we would still be together. But that is another story for another section.

I put a structure in place so I could avoid making the same mistake with this romantic heart of mine in the future. I highly recommend you do the same to be kind to yourself.

Tweet
Tags:
relationships evolutionary relationships conscious relating grief healing romantic love personal evolution
Becoming Your Own Guru | What Triggers are and How...
From Conflict to Connection