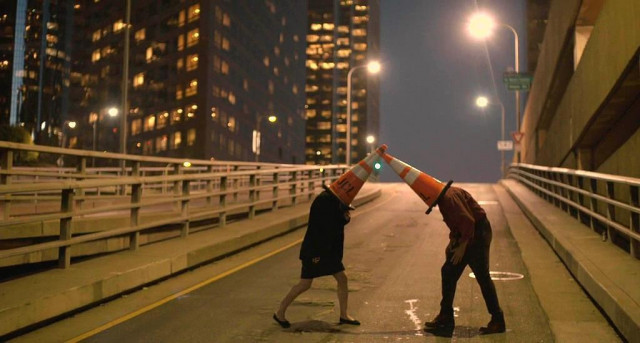 One of the aspects of working on and in the context of personal evolution is that I am constantly in evolution in both senses of the word--"in it", as in exploring the context and in the process of my own personal evolution as well--because you see, it is never over. Our evolution, which is really about allowing the greatest depths of ourselves to unfold and manifest in the world, is never over--because our depths are infinite. If who we are is a manifestation of the divine--an outpouring of Spirit, and the Kingdom of God is Within [and I believe it is] then there is no end to uncovering, clearing, and allowing that beauty to unfold in the world.

And I never ask my clients to do anything I have not done myself and am applying in my own life. Period. As such, this post is a little more personal for me to demonstrate that.

After my divorce, and the year-long self-reflection that followed, I realized that for the most part, what consistently happened in my romantic relating was a zero-sum type of dynamic. That at the end of my relationship with a woman, she was tangibly more empowered, more comfortable with herself, more fully embodied, and proud of her womanhood.

Partly because it was my constant practice to be sure she felt loved, had per positive qualities acknowledged somehow on an actual daily basis [not the same ones, but what authentically struck me at the moment as I appreciated her at some point], that she not only had a daily reminder, with full connection and presence of my love for her [and what I loved about her and why] but that she blushed with my acknowledgments.

It was conscious. Intentional. And the relating really cost me dearly. I was psychically drained, more dis-empowered, and frankly, less of a man by the end. It was, in fact, a zero-sum game

It was not the things I was doing that drained me. They were rewarding to just do it. It was the lack of any reciprocal expression, I think. And I other things they did that I lacked facility around.

The contrast had never been so great than after my divorce--and the dynamics never so clear as in that marriage.

Now, I never planned it that way, but once I noticed it after the divorce, I ended up having a zero-tolerance policy for romantic relating that was not about synergistic upward spirals where both people were winning--and the relating was winning too. A triple win game. Both parties were winning--AND the actual relating was winning too. It is healthier for me to just be alone and fully empowered McClain-Ness than to be in unfulfilling and relating that ultimately cost me energetically. Although it took me a while to adjust to that, and sadly there was one relationship in which she ended up being drained...but it is all a process--and sometimes that is about the pendulum swinging the other way before it swings back the middle to finally rest upon the golden mean

Let's face it--people who have little or no self-respect choose bad and even abusive relationships over being alone. Me? I would rather wake up alone, be in the company of just myself, than be in an unhealthy or un-fulfilling relationship. And I never have [and never will] just go from one relationship to another. Takes at least 6 months or so for self-reflection and the integration of the learnings before we can be responsible with another's heart, But that is all romantic...

Six years later, I am just now getting to really make sure that is generalized into all relating--not just romantic.

This is all part of how I have been consciously going through ALL of my friendships, free of sentimentality or attachment, and shrewdly examining if they are rich, dynamic, healthy, and fulfilling--or if they are just habits. And then explicitly ending the friendship or deepening and continuing the friendship with more connection, engagement, and intentionality. Regardless of how much I love the individual I am in the friendship with I may be ending. The relating must also be fulfilling. and one of the most important things for me that has the relating fulfilling is emotional engagement...rather than fear and detachment. But real engagement--yet also free of identification or enmeshment.

SOMETIMES that means me making decisions for other people when their relating with me is not serving THEM. I used to refuse to do so, thinking I was availing them of the growth opportunity to declare boundaries, make those choices themselves, develop confidence in communicating their needs, etc. But given that most people are deficient in true esteem for the self, and self-respect [part of which is demonstrated by drawing boundaries] is one of the core components of esteem for the self [along with self-efficacy] but I stopped doing that. I am now quite comfortable making choices for others when they continually demonstrate they incompetent to do for themselves--so long as it is about relating with me.

That is quite enough of the why and the what. But what about the "how" Jason?

It is all about values and forms.

One of the exercises I have clients do in Phase 2 of the Personal Evolution program [and occasionally in the professional evolution program as well] is a full life, all context examination of what is important to them [values] and how they would know if it were being experienced by them; what would they be seeing, feeling hearing, doing, and experiencing that would prover to them they were experiencing value X, Y, or Z? Conflict often happens in the form [which is why politicians are scant on policy papers before the election]. Values [freedom, security, justice] are things that everyone can agree on--we all want that. The HOW of carrying them out? Conflict arises sure as the sun also rises.

So in seeking friendships or romantic relating, it is not enough to express that "communication" is important to us. For some that will mean asking about your day. For others that will mean that if you are bothered by something, no matter how small, you share your internal process. Communication is the value, but the form is different.

Anytime we are upset, barring an unresolved event from the past or a pervasive self-esteem issue, we must look to values. So this becomes a tool for elegant communication to have your needs expressed [and met] as well. One that avoids conflict or having the other person be wrong. One that has intimacy and a deeper level of understanding arise.

But that is a story for another time.

For now, do this:

Take 3 major contexts in your life [romantic, career, community] as ask your self what is important to you in those contexts. You will know it is a "value" if it is conceptual, abstract. If you can put it in a wheelbarrow or touch it or smell it, it is NOT a value, but a form. To "chunk up" higher to the value, ask, "what's important to me about that?" If you are looking at forms, then it MUST be able to be put in a wheelbarrow--measured, touched, observed. If it can not, and it is an abstract value, then you can "chunk down" to the form by asking, "If I were experiencing _______ how would I know? What would I be seeing, feeling, hearing? What would my evidence be?"

I recommend 3 to 5 values in each context. And for each value, 3 forms or pieces of tangible evidence of that value being realized in the context.

The truth is that if you do this exercise, you might be terribly confronted by the relationship or the career you are in--or you will be relieved to have a conscious and explicit answer as to why you are not fulfilled--or you are drained, or their is conflict you can not understand.

If you are not in one of those context currently [you are single, or you are laid off, or looking for a gig] then this becomes a wonderful tool to overlay onto the person or organization. So you can consciously choose a relationship or organization that truly and consciously suits your values. Otherwise, the spiritual costs are immeasurable. No matter how great the compensation package, or how much chemistry, the spiritual costs of un-fulfilling contexts [where your values are not fulfilled] are immeasurable.

At the same time, be cautious that you are assessing others *through time*. If you only have a snap shot of them, and you are saying they do not suit you personally or professionally, you may be more living out a stage 1, low self-esteem ego game by being right and "justified" than by actually seeing a conflict of values, but that is also another story for another time.

Choose the conscious, fulfilling path. I beg of you, for you and for your Spiritual expression. while this may seem like a lot of work, it is even more of a burden--and more insidiously so--to be in unfulfilling contexts.

So, ask yourself ::: are you in a habit, or in a relationship?